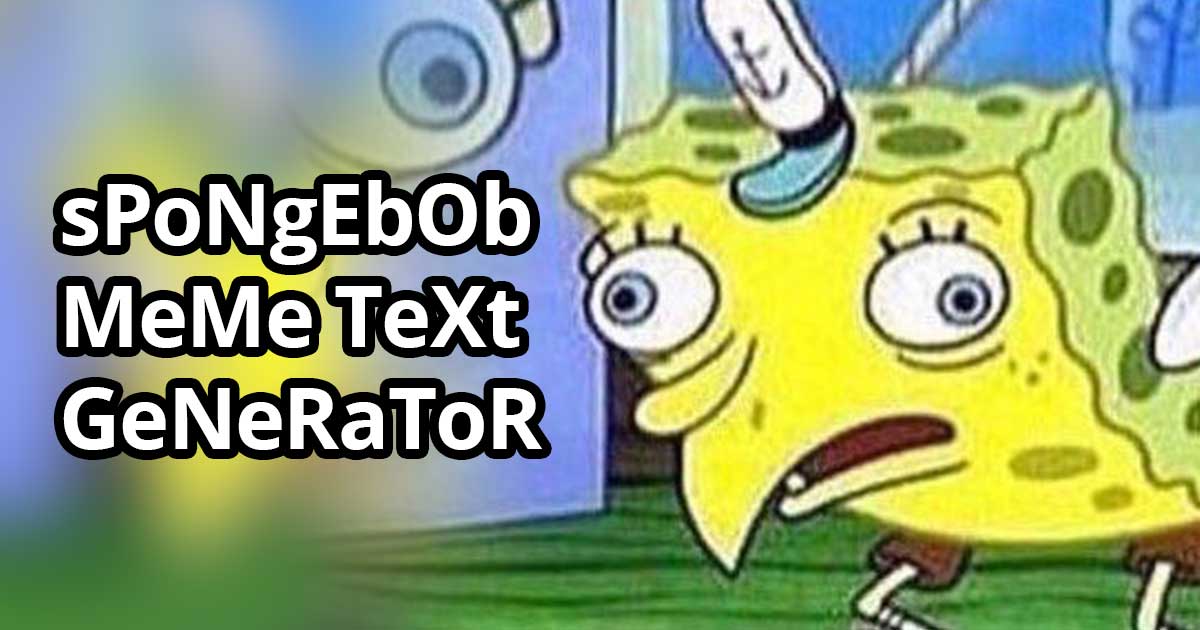 Type your phrase below you want to automatically be converted into alternating lower and uppercase letters for “sPoNgEbOb” style text.

What is sPoNgEbOb Meme Text?

SpongeBob Meme text has been popularized by the meme with SpongeBob squarepants making a goofy face.

SpongeBob meme text consists of alternating lOwEr and uPpEr case letters that is often read in a sarcastic tone. The SpongeBob meme typically uses the classic “Impact” font used on many memes.

How to Use the sPoNgEbOb Text Generator

Simple type or paste your text in the box above to have it automatically converted to SpongeBob mocking text case as you type.

We’Re sUre yOu’lL Love iT